A meeting point for routes between the Mediterranean and the Atlantic, Sagres boasts a mystical and wild beauty. Its dramatic cliffs, dropping down into the azure Atlantic waters, its historical importance during the Era of the Discoveries, and its legacy as a place of worship since Neolithic times, ensure its value of epic proportions.
Situated at the most south-westerly point of the Old Continent, far from everywhere else, Sagres has kept intact its traditions, customs and dozens of kilometres of almost deserted beaches. An idyllic setting for practising a wealth of sports, and in particular trekking, fishing, diving, sailing, windsurfing, kite-surfing, bird watching and… SURFING.

Indeed, Sagres, surfing capital par excellence and host to various championships and festivals, is considered one of the best surfing spots in Europe, by professionals and amateurs alike. It is, in fact, the only region in Portugal with two coasts – south and west. The first, made up of coves and bays, producing relatively gentle waves, ideal for beginners. The west coast, for more experienced surfers, features long beaches, braced against the full force of the Atlantic, and backed by high cliffs. As such, the waves here can reach five metres. The many and recognised surf schools within the town, the army of sun-bleached, long-haired, bronzed bodies wandering the themed bars, the surprising number of VW campervans, loaded with boards, and the festive and musical atmosphere, bring constant colour to this untamed and stunning landscape.

This land, whose people still seem so connected to the sea, is also home to the finest shellfish, and in particular the unusual goose barnacle. These unsightly looking, yet incredibly delicious crustaceans can fetch up to €50/Kg. And no wonder. Gathering this barnacle is a lengthy and extremely dangerous activity, done only by the most experienced of gatherers. In fact, goose barnacles grow on slippery rocks, incessantly battered by crashing waves. In amongst these rugged rocks, attached to a single rope, these ‘sea warrior’ gatherers climb down the cliffs, moving to and fro with the waves. It is thanks to them alone that we can enjoy this delicacy, which is nothing less than a kiss from the sea. 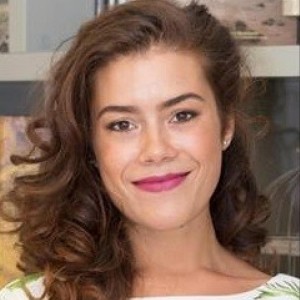